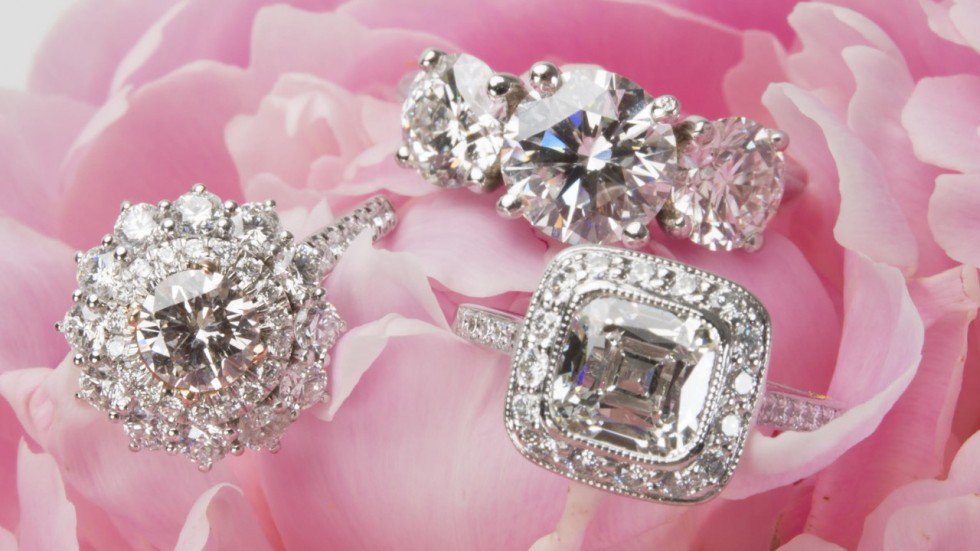 As in many aspects of their consumption, young diamond buyers are socially conscious and value quality and integrity. They want natural stones that are conflict-free and will happily choose laboratory-grown diamonds too.

Last year, when Britain’s Prince Harry proposed to Meghan Markle (now the Duchess of Sussex) he chose a conflict-free diamond from Botswana in southern Africa.

In addition to colour and clarity, they are more likely to consider social and ethical concerns before they make a diamond purchase.

“New generations equally value what we call natural diamonds, but they are even more demanding about what they buy in this category, like in most of their consumption. Consumers, now more than ever, want to be assured of quality and integrity,” says François Delage, CEO of De Beers Diamond Jewellers.

“Meanwhile, education and information has been the backbone of the development of modern society, so I believe that we are seeing a new generation equipped with more knowledge, concern and passion than ever before.” 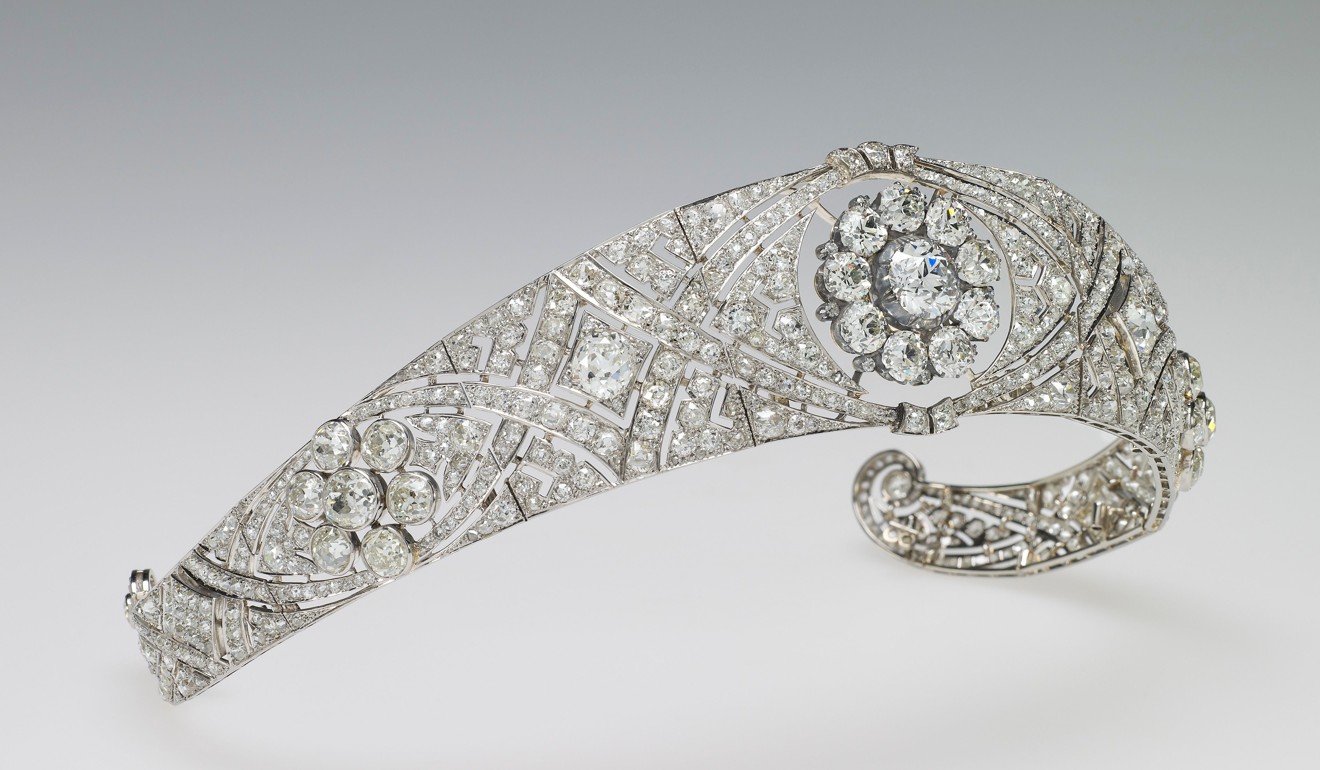 Such knowledge has led to the rise of several new categories in the diamond market targeted at millennials, including lab-grown diamonds. The demand for lab-grown diamonds has grown tremendously since they were first developed in the 1950s, mostly for industrial purposes.

This has been driven in large part by socially conscious customers who are looking for more “environmental friendly” stones (natural diamond mining can have serious environmental implications) and more accessible prices.

According to a recent Morgan Stanley report, the category could account for up to 7.5 per cent of the diamond market by 2020. 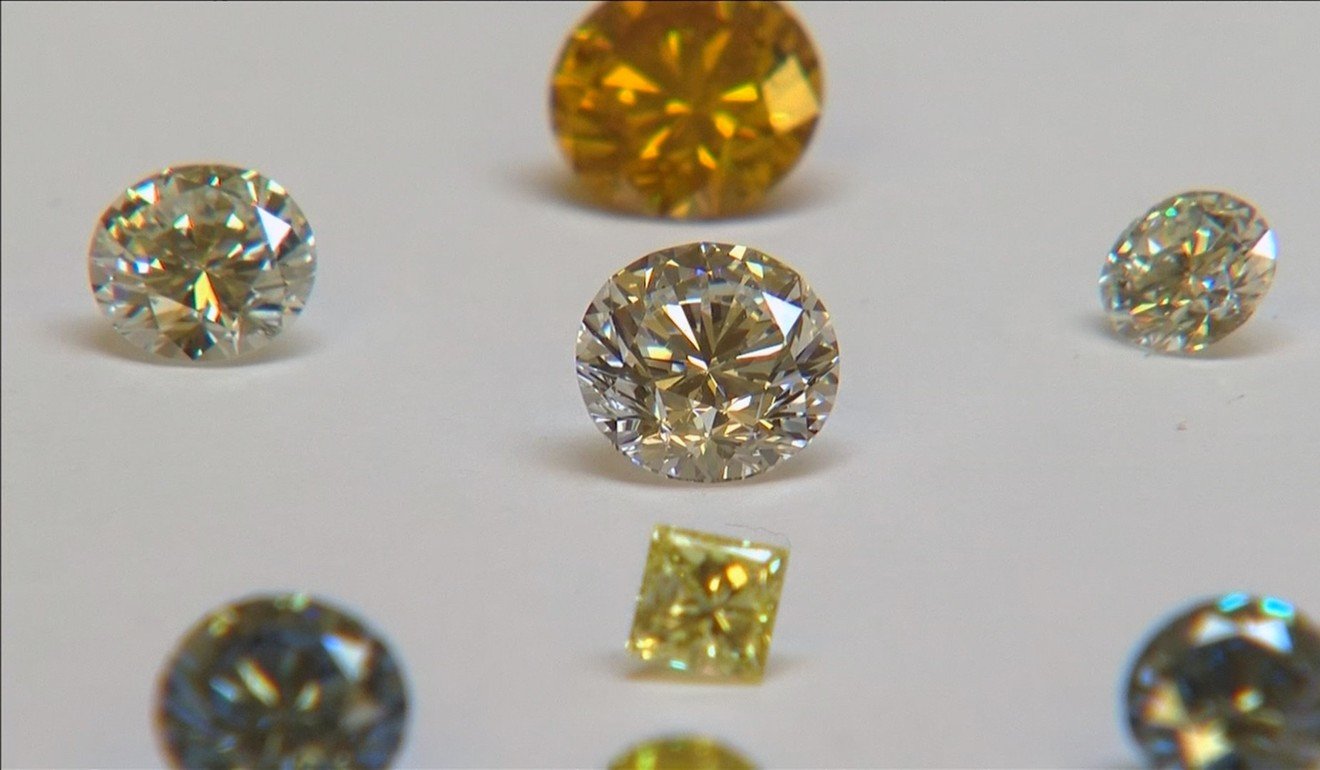 To prove it, industry leaders such as De Beers are taking a larger share of the market with initiatives such as the Element Six Innovation Centre in Britain, which uses a cheaper and more scalable process known as CVD, or chemical vapour deposition, to create its stones.

It has also launched a new fashion jewellery line called Lightbox Jewelry, targeted at millennial shoppers demanding diamond alternatives. Different from imitation diamonds such as cubic zirconia, synthetic stones have the same chemical properties as natural diamonds but are made above ground in a laboratory.

The process can take up to three months – a natural diamond, in comparison, has taken billions of years to form under the Earth’s surface – and is achieved by applying high temperatures and pressure to dissolve carbon into a diamond seed.

“Prices are the number one driver of growth in this category, with stones costing 70 to 90 per cent less than their ‘natural’ counterparts without any discernible difference in quality and look. Some production plants are using green energy, such as wind and solar, to produce them so they are considered more green,” says Scott Thompson, founder of jewellery brand Carat.

That is not to say millennials aren’t coveting natural stones for their engagement rings. Within this category, however, they are more discerning, choosing conflict-free gems that have been responsibly and ethically sourced.

Initiatives such as the Kimberley Process Certification Scheme, which demands a written guarantee to certify that a diamond has not been sourced illegitimately or from a conflict area, have long been embraced by big players such as De Beers Jewellery, and are considered a necessity for new buyers.

“I would say conflict-free diamonds are at the top of the list for millennials. The understanding of the positive impact of only accepting ethically sourced diamonds is extremely important, and we see this being something that the clients are embracing more as the norm,” says Delage. 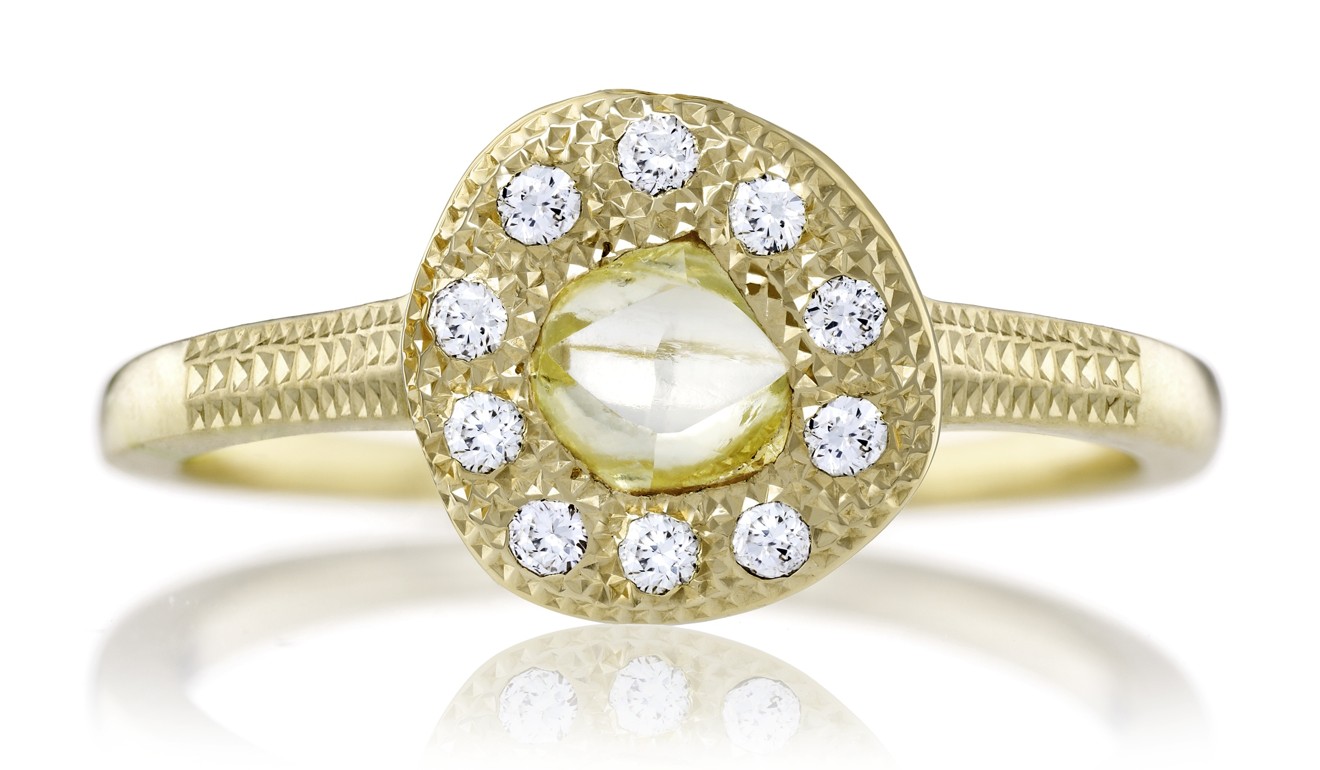 Also leading the sustainability movement are jewellers Chopard, which began to source materials responsibly back in 2013.

Since then it has partnered with influential South American mining NGO the Alliance for Responsible Mining to support and enable gold mining communities to reach Fairmined certification and provide training, social welfare and environmental support.

I would say conflict-free diamonds are at the top of the list for millennials
FRANCOIS DELAGE, DE BEERS

The Fairmined standard includes requirements for artisanal and small-scale mining that is formal and legal and enshrines environmental protection, fair labour conditions, traceability of stones, and social and economic development.

In addition to creating jewellery collections from sustainably sourced materials, Chopard recently announced that all its creations from July onwards would be crafted from ethically sourced gold.

“By placing sustainability, and in particular tractability in the supplier’s chain, at the very heart of our maison, we truly want to make a difference in the world of luxury jewellery and watches,”

“The next step will be encouraging and supporting the Responsible Jewellery Council to create a certification for coloured precious stones. It is a long journey but it is the right one.” 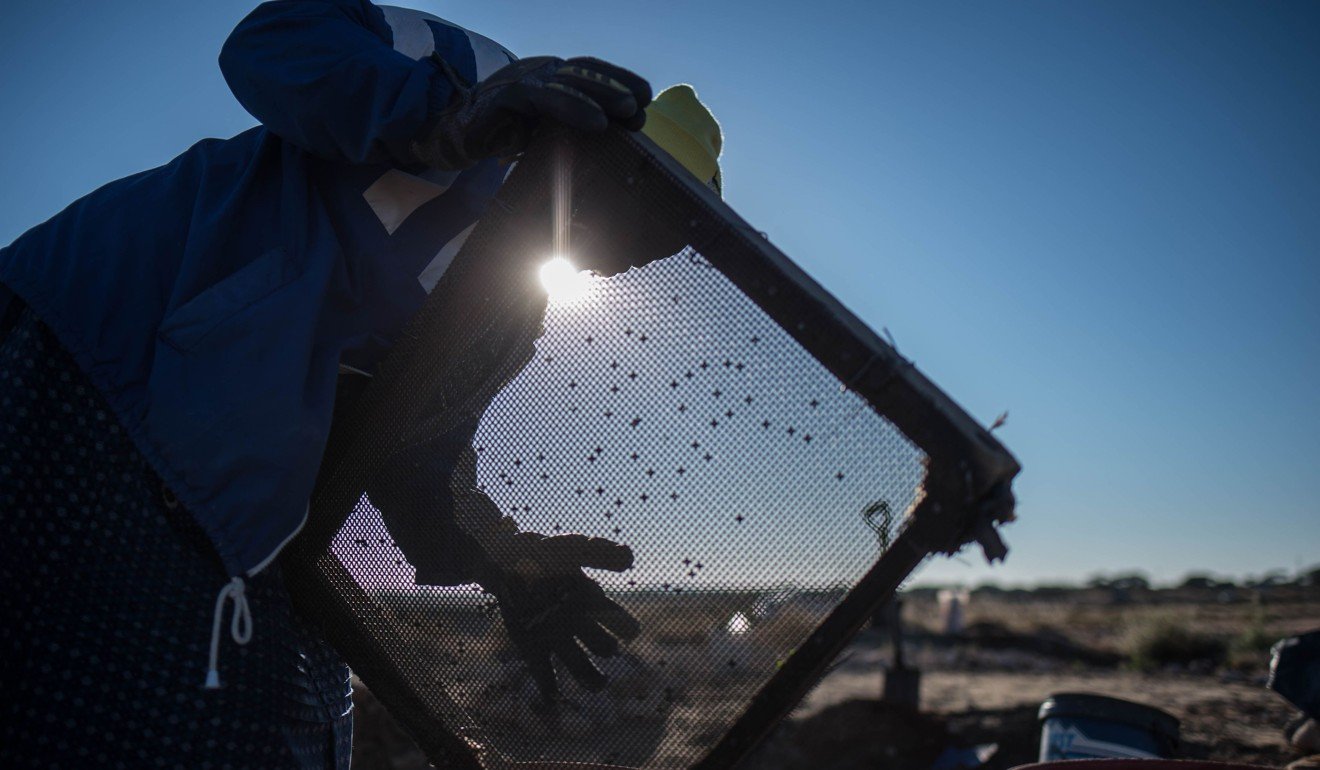 Independent jewellers too are ensuring that sustainability is a core part of their branding.

Noor Fares and Stephen Webster, for example, have some pieces stamped with the butterfly mark from sustainable consumption organisation Positive Luxury, which guarantees that their companies are committed to sustainability across all aspects of their business. 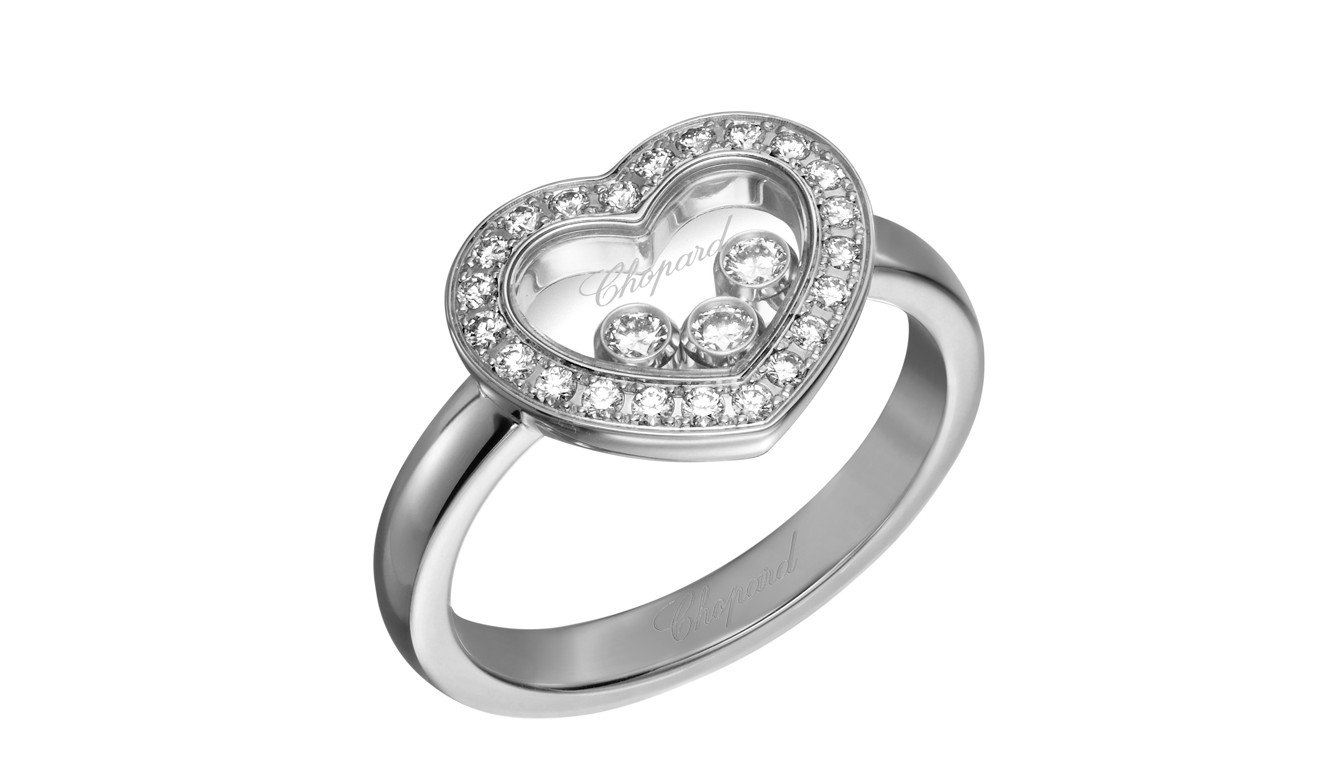 This focus on sustainability has also led customers to explore new avenues for satisfying their diamond fix. Instead of purchasing freshly mined stones, second-hand or recycled diamonds are becoming increasingly popular, especially in Asia, as evidenced by the recent launch of WP Diamonds, an online diamond buyer that offers customers the chance to trade in their old engagement rings.

“There is no stigma when it comes to recycled diamonds. Unless the ring is an antique piece or obviously second-hand, most recycled diamonds are recut to improve the cut and no one knows that they are even recycled,” says Andrew Brown, president and CFO of WP Diamonds.

A diamond is still forever, then, for the new generation – as long as it meets their socially conscious criteria.